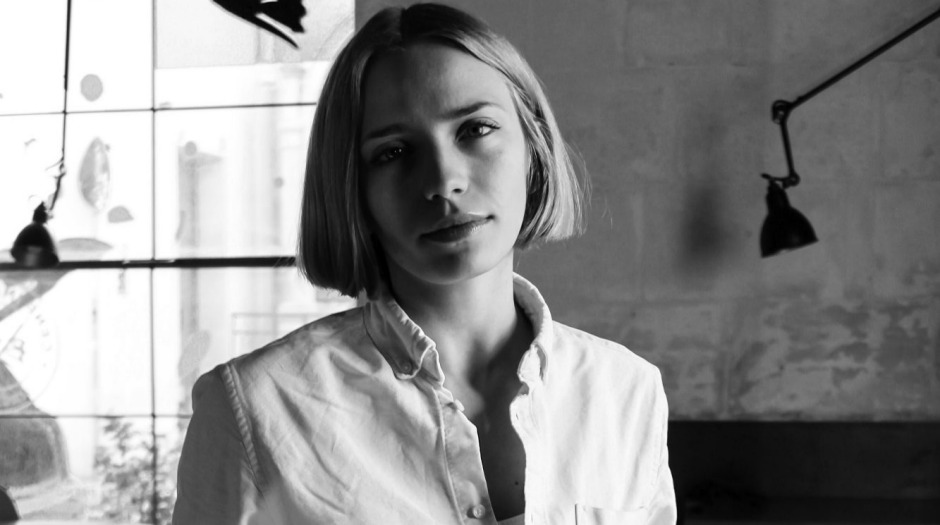 Clear vision: At 22, Isabella Poti co-owns her own restaurant.

There’s a contradiction at the heart of Bros’, the two-year-old restaurant that Isabella Poti, 22, owns with her boyfriend Floriano Pellegrino, 28. On the one hand, its mission is to preserve the culinary traditions of Lecce, the restaurant’s home in the southern Italian province of Puglia. But on the other hand, there’s scarcely a dish served in the 25-seater that any Lecce local would recognise. “We keep our traditions, but we make them new,” Poti says.

She mentions a dish of tomato and burrata – so far, so nonna – but it’s rendered afresh, tiny winter tomatoes juiced and mixed with citric oil, the seeds and skin turned to a powder that’s sprinkled over mini burrata, “small as marbles”. The dish is served as a starter, sunny in disposition yet fierce in intention: change is afoot.

You see it also in the way they deal with another local vegetable. “We call it cucumarazzu,” she says, describing a striped, minty cucumber. “We infuse it with mint, dress it with mint oil, make it into a round tower and on top we put caviar.” There’s a fermented buttermilk sauce on the plate as well, a key flavour of the north African nations just over the Mediterranean, but also closely tied to the potent ricotta scanta that is beloved in Puglia. “The ingredients are local, the flavours are local, but we take the tradition and we transform it,” Poti says.

Lecce residents greeted the restaurant with interest, and a little suspicion. “Our restaurant is the first in Lecce making this kind of food,” Poti says. “It’s been hard. Lecce people are really attached to their traditions. Some are curious, they come and they love it, other people don’t understand. Now, we have about 20 per cent local people and the rest are from elsewhere.”

She doesn’t think it’s as hard as it might have been when chef Massimo Bottura opened Osteria Francescana up the other end of Italy, outraging people with his reworkings of classic dishes such as lasagne and mortadella. That was in 1995 – as it happens, the year Isabella Poti was born. “I think for me, maybe it’s a little bit better,” she says. “There is an interest in our sort of gastronomy and now, with social media, clients can understand before they come, they can see if we are the restaurant for them.”

There certainly is interest, and also acclaim. The restaurant has been awarded three “capelli” (hats) by prominent news magazine L’Espresso and, in 2017, Isabella Poti was named by Forbes magazine as one of its “30 under 30”, an international list of the best and brightest creative disruptors. Her partner, Floriano Pellegrino, received the same gong in 2018. Perhaps the Michelin inspectors will anoint the restaurant too? “We don’t have a Michelin star now,” she says, “But we will see at the end of the year. This is one of the awards that still has to come.”

“I always loved desserts, to eat them and to make them. I love the technical parts, too. When I make them, I relax.”

It’s a lot to have under your belt at just 22 but Isabella Poti started her career at 16, leaving school to study hospitality, then hungrily pursuing a series of international experiences. One of her most-used Instagram hashtags is #millennialistheanswer – she seems to have an energy, drive and confidence that belies typical gripes about entitled slacker millennials.

Her travels began with a year at two-Michelin-star Hibiscus in London with Claude Bosi. “He taught me the basics of pastry and I learned so much,” she says. “I understood that I really loved Michelin-star restaurants.” She then shifted to Spain, spending three months with three-star Basque chef Martin Berasategui. “There I learnt organisation, rigour, how to manage a restaurant with three Michelin stars,” she says.

After that, there was a period of doubling down on pastry with Spanish dessert whiz Paco Torreblanca, then a shift to Mauro Colagreco’s French Riviera idyll Mirazur, followed by a month in Copenhagen at Geranium.

Each country, every cuisine encountered added to the arsenal. It was then a matter of bringing everything she learnt back to her home town. “I would say the French traditions for meat, the Japanese traditions for fish, Spanish for a bit of everything and the Nordic … well, we have a really clean place,” she says. “You don’t see any of these influences directly but we know we have taken elements from all these kinds of kitchens and applied them to the true flavours of Lecce.”

She points to her version of macedonia, a typical European fruit salad and a regular dessert when Poti was a child. “We used to do it in our family every day,” she says. At Bros’ this simple classic is turned into a frozen fruit shot, set with gelatine and liquid nitrogen. It’s a way of connecting to the past and aiming at the future in one dish.

“When I was a child, I began by making desserts,” she says. “My mother was born in Poland but she was always making tiramisu. I always loved desserts, to eat them and to make them. I love the technical parts, too. When I make them, I relax.” Though her training and enthusiasm have skewed to pastry, Poti oversees the meat section at Bros’ too; butchery is a recent focus.

In October, she will travel to Australia for the first time. She’s heard good things about the food scene from a Tasmanian employee and is excited about diving in, albeit briefly. “It’s a short holiday, just four days,” she says. “We’ll keep the jetlag and take it back.” As for the dinner that she will present, “I want to make a big surprise, I want to bring Bros’ to Sydney.”

The spotlight is on her but she’ll travel with Pellegrino. “We are together 20 hours a day,” she says. “We get one day off a week and we just go out with our dogs to the sea and we love it.” They try not to cook on this day but they do talk about their plans. “We are making our ambition bigger,” she says. “With Bros’, we are growing up and in four or five years we will open our big restaurant in Scorrano, the city where Floriano was born. This will be the master restaurant, this will be our evolution.”