The 2016 Grand Gelinaz! Shuffle in Australia – An International Chef Swap Steeped in Mystery

The 2016 Grand Gelinaz! Shuffle in Australia – An International Chef Swap Steeped in Mystery

My Year 10 careers counsellor suggested I consider being an ambassador but I don’t think he ever imagined my first ambassadorial role would be anything like this. Let me explain…

Food identity and culinary starmaker Andrea Petrini (he’s Italian and molto persuasive) has organised The Grand Gelinaz! Shuffle, an international chef swap among 40 of the world’s top restaurants. Each chef leaves their restaurant to head to one of the other 39 taking part. They don’t directly swap but are shuffled around the world. Diners buy tickets to a one-night-only dinner (last Thursday, November 10) but they don’t find out who’s cooking for them until they arrive. It’s strange and strangely wonderful. Each restaurant has an ambassador – I was ambassador for Attica, which basically means look after the chef and observe what happens. I must get back in touch with my careers counsellor and let him know.

I wrote two stories for The Age about this event, and took visiting chef Adeline Grattard on a mini food tour of Melbourne. This tour was filmed…

Read my articles and watch the film below. 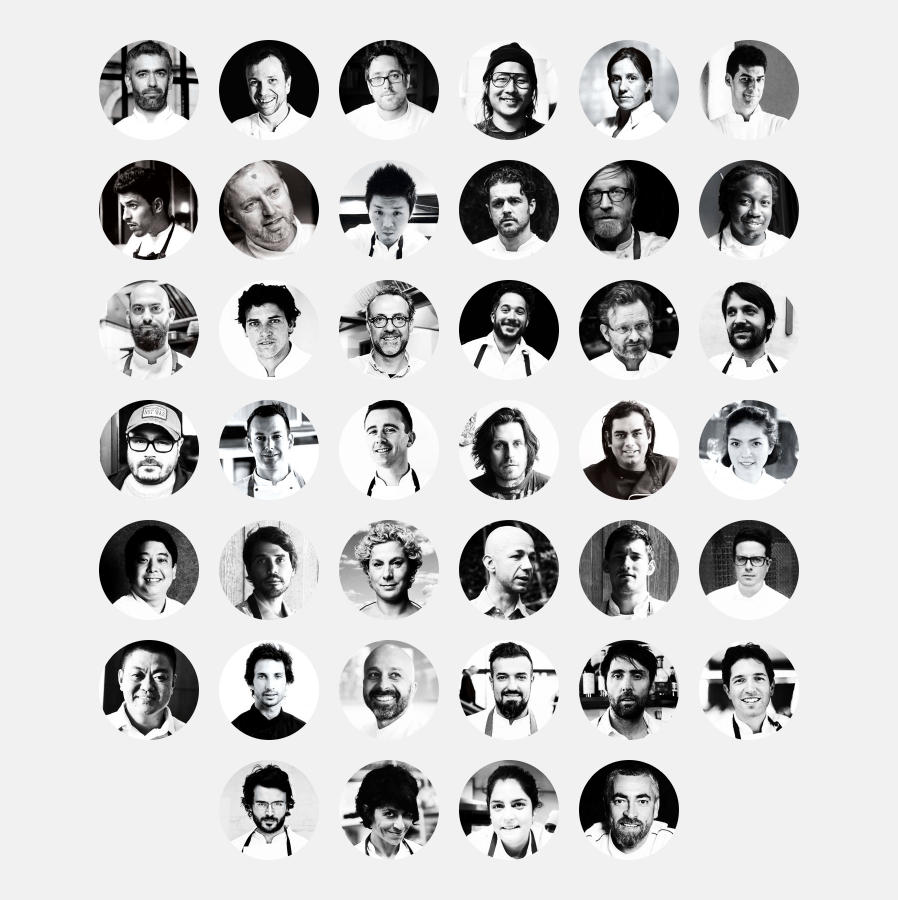 A preview of the crazy shuffle:

Usually when people book a table at one of the world’s top restaurants, they’ve got fingers and toes crossed that the chef-god responsible for its place in the pantheon of fine dining will actually be in the kitchen. But this Thursday November 10, for a one-night-only global event known as the Grand Gelinaz! Shuffle, punters will have paid more than usual for a seat at the table (between $250 and $350) even though they know full well the superstar chef won’t be in attendance.

Why? Because another superstar chef will be.

For diners, it’s a culinary lucky dip: they won’t know until the food starts coming whether it’s being cooked by Rene Redzepi from Noma in Copenhagen; Massimo Bottura, from Osteria Francescana in Modena, Italy (recently named top of the World’s 50 Best list of restaurants); legendary French chef Alain Ducasse; Slovenian revolutionary Ana Ros, or any other of the 40 chefs taking part. 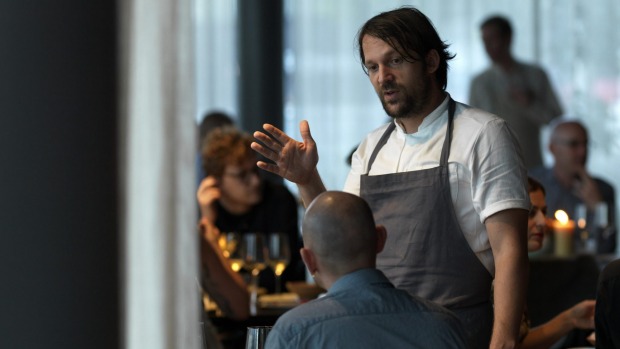 Could Rene Redzepi be coming back to Australia?

For the chefs, the Shuffle is like an international key party. They open themselves to a strange city and food culture and an unknown kitchen brigade. In a scant few days, they trawl the markets, cool rooms and restaurants of their adopted home, mesh their sensibilities with those of their absent host and, on Thursday, serve a never-to-be-repeated meal to a sold out dining room.

Four Australian restaurants are taking part in the swap this Thursday November 10th, with all four dinners having sold out long ago.

Attica, Australia’s top-ranked restaurant in the World’s 50 Best list is one of them. Chef-owner Ben Shewry will be somewhere in the northern hemisphere that night. “I can’t say where,” Shewry says. “I’m sworn to secrecy.” He does tell Good Food that he’s left behind a special welcome pack that includes Violet Crumble, Vegemite and Milo.

The other local restaurants are Dan Hunter‘s Brae in Birregurra, The Age Good Food Guide’s Restaurant of the Year, and Momofuku Seiobo, Sydney Morning Herald Good Food Guide Restaurant of the Year finalist, plus Orana, the indigenous-focused darling of Adelaide. The impresario who has wrangled this quirky event is Andrea Petrini, sometime Italian journalist, chef star-maker and peripatetic professional diner. He cheerfully admits this project is “complicatedly crazy”.

By now, most chefs have arrived in their temporary homes and will be out there eating, exploring and experimenting, all while preserving the secrecy of their mission. So, if you see a mysterious, cheffy type wandering the streets of Melbourne, Sydney, Adelaide or western Victoria, they just might be part of the Shuffle.

And now read my report about Adeline’s visit… 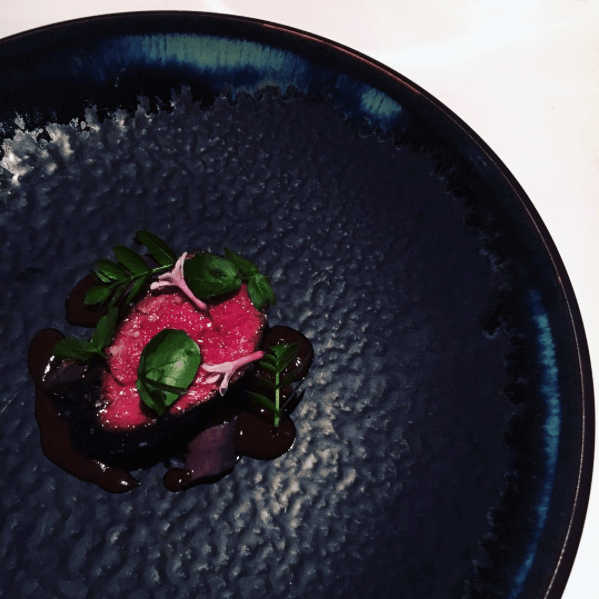 Gelinaz!, an international shuffle involving 40 of the world’s best chefs, circumnavigated the world last Thursday night, November 10. It started simultaneously in Melbourne (at Attica), Sydney (at Momofuku Seiobo) and Birregurra (at Brae) with diners arriving to the sold-out event having no idea – fierce gossip notwithstanding – who would be cooking for them. As time marched, the international kitchen swap continued, with restaurants from Tokyo to Copenhagen to California serving their own Gelinaz! dinners.

The Australian reveal was exciting. Momofuku’s chef in residence was Alex Atala from Brazil, whose D.O.M. restaurant consistently ranks in the world’s top 10. At Brae, it was Blaine Wetzel from island getaway the Willows Inn in Washington State. And at Attica, the highest rated Australian restaurant in the world, the drop-in chef was Adeline Grattard, from Michelin-starred Yam’Tcha in Paris. (Attica’s chef Ben Shewry was dispatched to Meadowood in California, where one of his dishes riffed on Vegemite toast).

“I am in shock,” said Grattard late on Thursday night, as her last dish was carried out to a rapt dining room. “I don’t quite know how yet, but I know that I am changed.” She had arrived on Monday night and immediately started eating, thinking and, eventually, cooking. 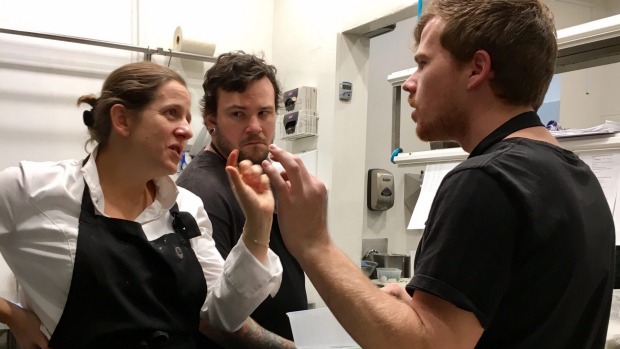 Adeline Grattard and her chefs before service.

This intense jaunt was the first time Grattard had left her tiny Paris restaurant. “When I was asked to do it I said ‘No, it is impossible, I cannot leave my restaurant, there are only four of us in the kitchen.'” Even when she was persuaded, she considered pulling out. But once she heard she was on the way to Attica, Grattard got excited. Australia was so far away and the cuisine and ingredients promised to be so different from her sensitive Chinese-French fusion.

She arrived with no ingredients and no ideas. “What is the point? I am coming to be inspired,” she explained. So, after a herb-nibbling tour of Attica’s extensive garden, a night eating in her adopted restaurant and a shopping tour of Asian market stalls in suburban Springvale, she started creating her eight-course menu.

For the most part Grattard used produce familiar to Attica – marron , sorrel, kangaroo – but she rendered it in startling new ways. The marron was bathed in hot oil and dressed with soy. Bright, emerald sorrel was whipped through cream and served with almond milk ice cream. Seared kangaroo came with fried Chinese eggplant and black beans.

Diners were transported, not to Paris, but to a unique amalgam of Hong Kong, Melbourne and France. Sweet-and-sour pork with the pickled and reduced juice of quandong, a native plum, seemed suddenly obvious. Black, nutty desert oak seeds were wokked into a brilliant new take on fried ‘rice’ with XO sauce. As well as unfamiliar ingredients, Grattard relished the new challenge of cooking for 60 diners (Yam’Tcha seats 30) and working with a team of 15 chefs. “I can get used to telling people what to do,” she laughed. 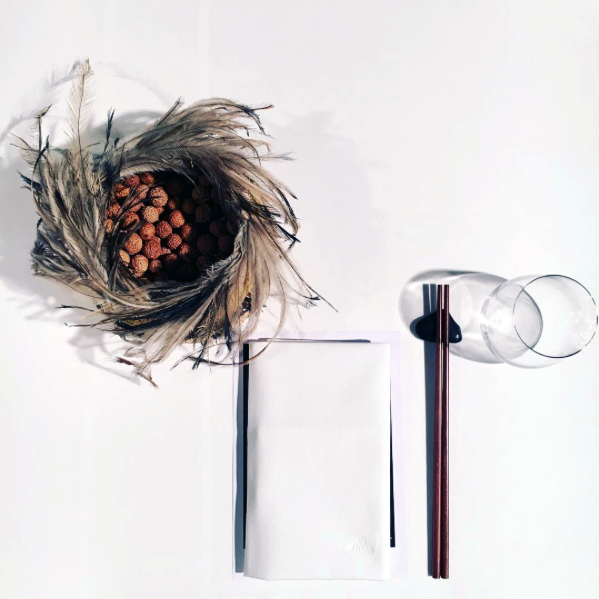