It’s not easy eating cheesecake on camera, especially when it’s the best cheesecake you’ve ever eaten.

What you really need is some private time to compute the fluffy cloud of dairy joy that has suddenly consumed your senses. What’s not necessary is a lens pointed at your mouth, capturing the moment of messy transcendence.

You want to dive in and lick the plate, not gather your thoughts and speak semi-coherently.

However, that’s the position I found myself in, a year ago in San Sebastian, in the Spanish Basque Country. I was there to make a video for my new website, the one you’re looking at now! Between visiting restaurants and filming segments with their chefs, the crew took me to La Viña, a venerated pintxos bar, tucked in an alley in the old city. 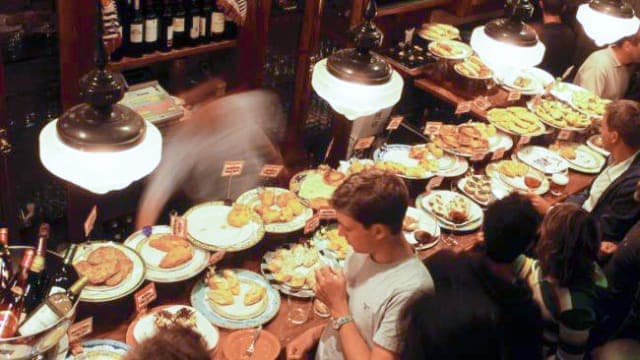 Patrons enjoy pintxos at a bar in San Sebastian.

Pintxos are a bedrock Basque tradition, help-yourself snacks piled on bread or impaled with toothpicks, served at stand-up bars that become pit-stops on evening promenades.

I investigated them with gusto during a gluttonous week and La Viña’s stacked up very well.

I enjoyed its version of gilda, a classic pintxo with green pepper, olive and anchovy. I ate jamon, because you can’t take 10 steps in Spain without someone feeding you pig. I scarfed a croquette or three because I’m only human. They were all good.

But it was the cheesecake that transported me: perilously wobbly and jiggly, somehow both light and rich, creamy white and custardy within but with a bitter edge from the dark, caramelised perimeter.

I mumbled on camera, “It’s a miracle,” and I meant it. An ambition formed in me before I’d swallowed my first mouthful, a deep desire, a life’s work: I wanted the recipe.

I assumed there was a secret ingredient, probably some kind of sheep cheese farmed in a hidden Basque valley. I’d been to such a place the previous day, trudging up and down hills through fog and drizzle to come upon a tiny family farmlet hosting 80 smelly sheep and a modest but active cheesery. 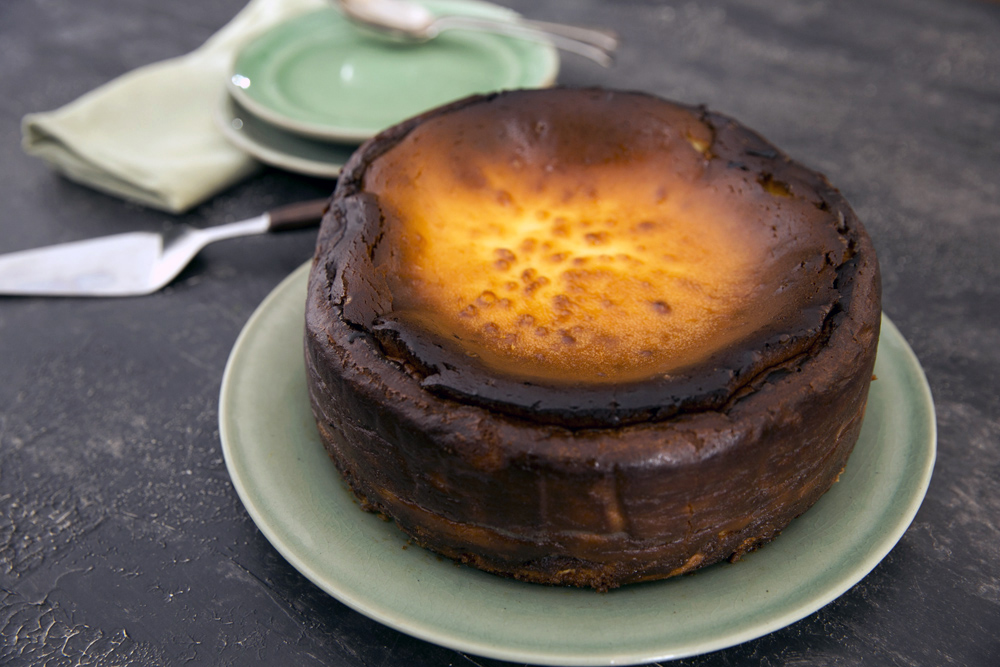 Perhaps these woolly milkers were the key to La Viña’s signature dessert?

Fuelled by cheesecake passion, I wrestled my film crew to the ground and made them ask the chef what was in it. He looked at me. “Feel. Ah. Dell. Fya.” Was this Basque for “I’m never going to tell you, stupid tourist”?

I pleaded with my translator. She looked at me. “Fill. Argh. Delf. Ya.”

Basque is so hard, I moaned inwardly. Was I going to need to move to San Sebastian so I could keep eating this cake?

The cameraman whispered in my ear: “Philadelphia.” Oh. A standardised supermarket cream cheese available all over the world is the secret ingredient.

Suddenly, the cheesecake seemed within reach. I could breathe again. I could move on. I could leave La Viña behind.

Later, I trawled the internet, which is rife with cake obsessives like me. The recipe is disarmingly simple: that exclusive cheese, eggs, sugar, cream, a smidgen of flour and a very hot oven. I adapted the recipe for Thermomix, and cooked it up 10 or 12 times just to check I had it right. When I emerged from my cake coma I made a video for my website, so that others could share in my cheesecake joy. And, happily, they are. 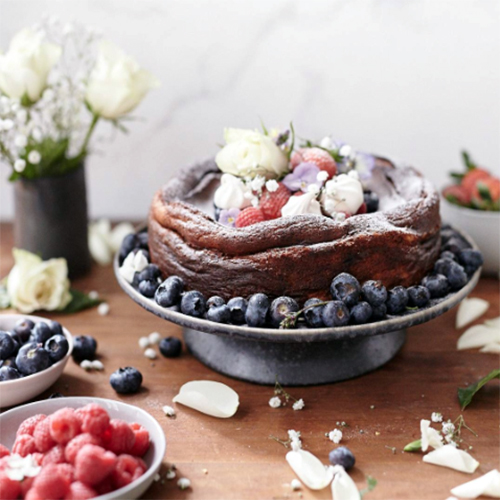 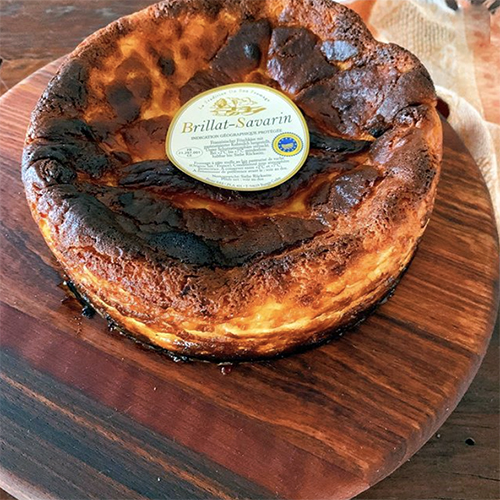 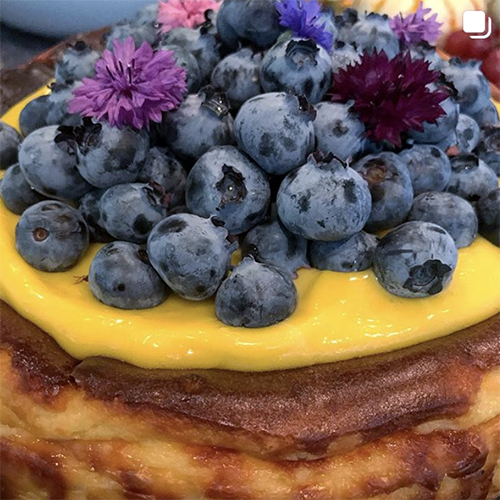 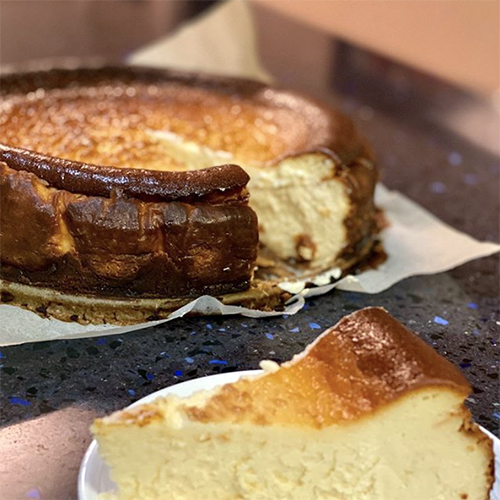 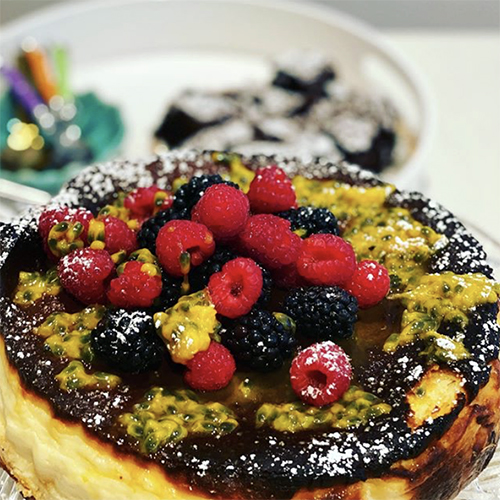 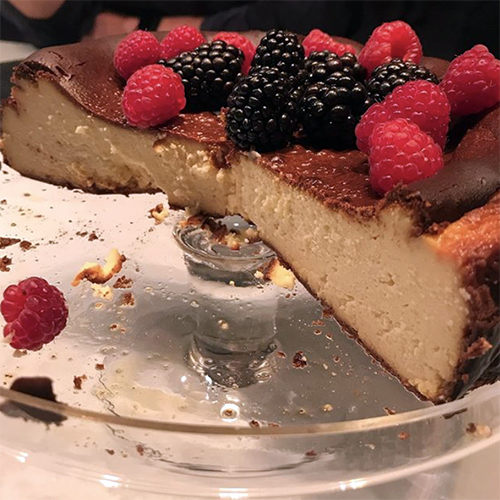 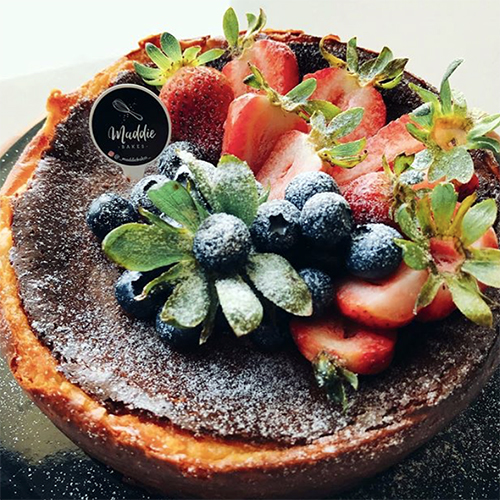 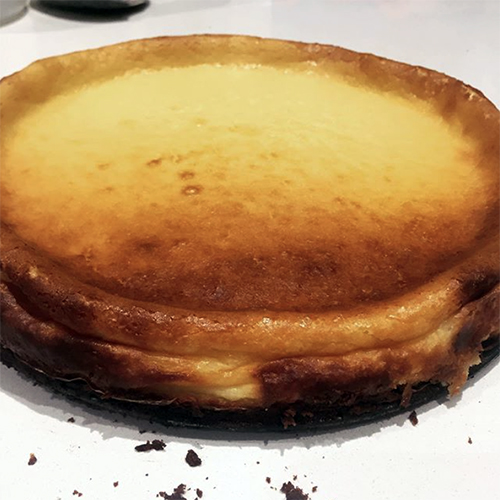 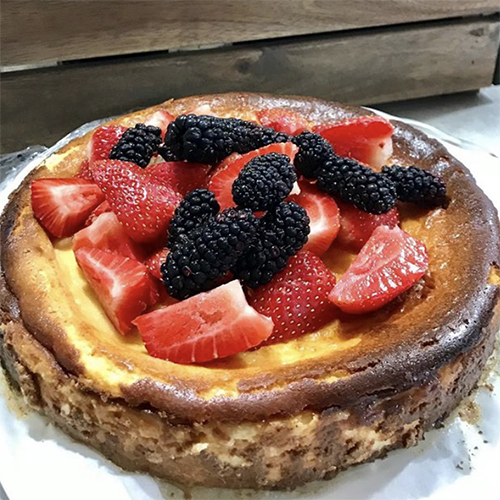 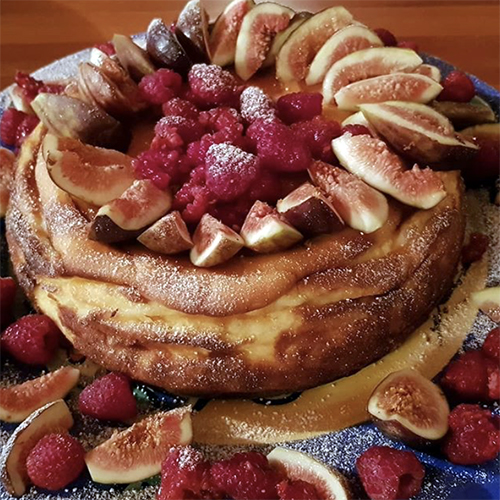 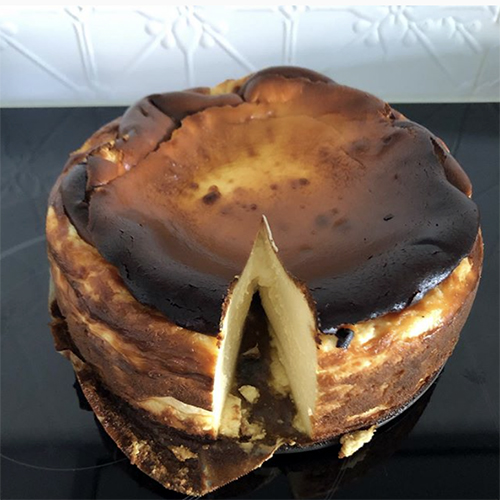 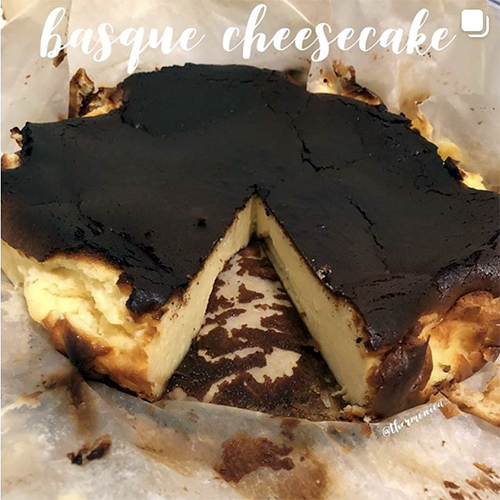 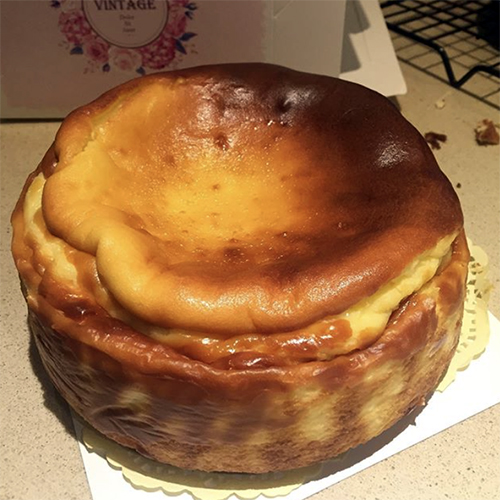 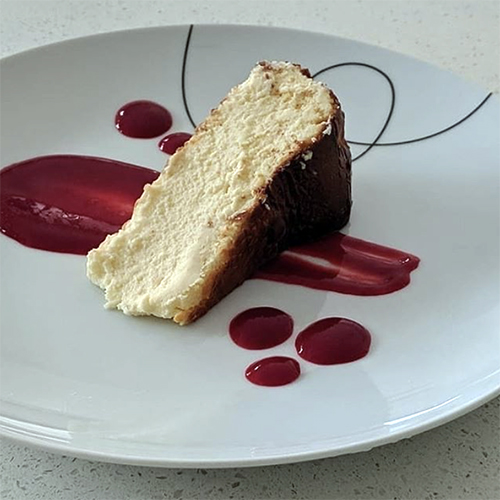 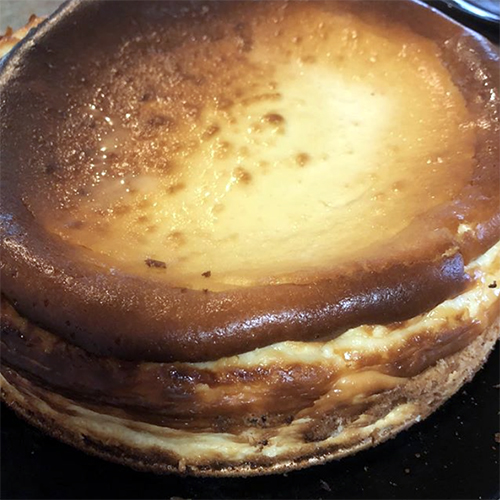 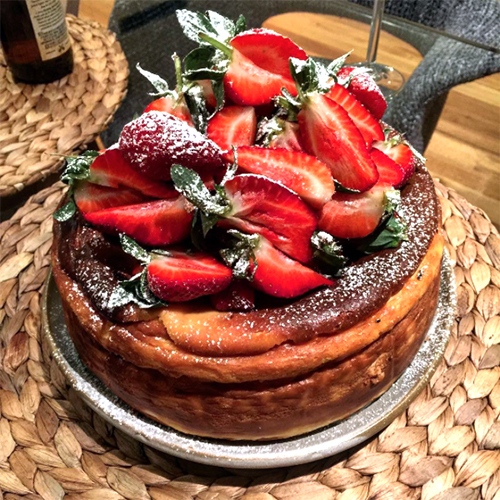 “What have you done to me?” wrote one of my subscribers, having just made her first cake. Improved your life, I explained.

“This is the best cheesecake in the world,” said another.

“I wowed the visitors … gorgeous.” So it went on.

It’s always rewarding to have people enjoy your recipes but when you know you’re sharing cheesecake transcendence it’s especially satisfying, or as La Viña’s chef might say, “Full. Feel. Eeng.”

Watch my video and get the recipe here.

New recipe on my site... Creamed corn. There's one ingredient... 🌽 You too can have a butter berg subsiding into a big bowl of golden goodness. Supremely comforting from-scratch cooking. ...

"COVID skyrocketed my career and I'll always be thankful for it," says @rosheen_

For today's @goodfoodau cover story on pandemic silver linings I spoke to dozens of hospitality people around the state.

It's been a year that pushed Victoria's restaurants, cafes, bars and pubs to the brink. But bright spots have emerged that may change dining forever.

All this week and next on my @dirtylinenpodcast I'm discussing anti-Asian racism. Thank you to my first four guests: @seekaychin @nihilistnomya @blurry.food and @khanhong. I appreciate your perspectives, strength, clarity and generosity.

I am appalled that we need to discuss racism but I think we do because it's pervasive and damaging and utterly wrong and unfair. It's not easy though. I don't like the flattening nature of calling it "Asian". I feel bad to lay the weight of this topic on people who have already done the labour of dealing with this shit. I don't come to these conversations with any illusion about my position - privileged with a voice and platform, sometimes careless and ignorant and also trying to listen harder, do better and be better.

As a Jew in Australia with sad, pervasive Holocaust connections, I grew up knowing that people sometimes want to harm other people just because of who they are, who they can't help being. It feels very, very bad and can be crippling. But I'm not visibly "Jewish" - I can disengage from that part of myself if I feel like it. That's also a privilege.

Anyway, it's full on doing this stuff but it feels like a good thing to do so here we are. If you want to be part of the conversation, let me know.