Many times I have dreamed my way to Paris and a long lunch at Alain Passard‘s Arpège. I’ve dreamt of my table in his elegant restaurant, and my time in a dining room that glows as the Parisian afternoon peeps through the windows, gleaming softer and softer as the hours pass.

In my dream, waiters glide effortlessly to my table with every next dish and each time I am dazzled by the farm-to-table freshness, the precise preparation, the play of simple flavours that adds up to perfection, letting me sink deeper and deeper into a luxurious cocoon of beauty and care.

Sadly, I’ve always woken up in my own bed, covered by a sheet rather than a white tablecloth, surrounded by English-speaking ruffians (ie, my family), rather than coiffed and poised Parisians. Ah, why wake up! 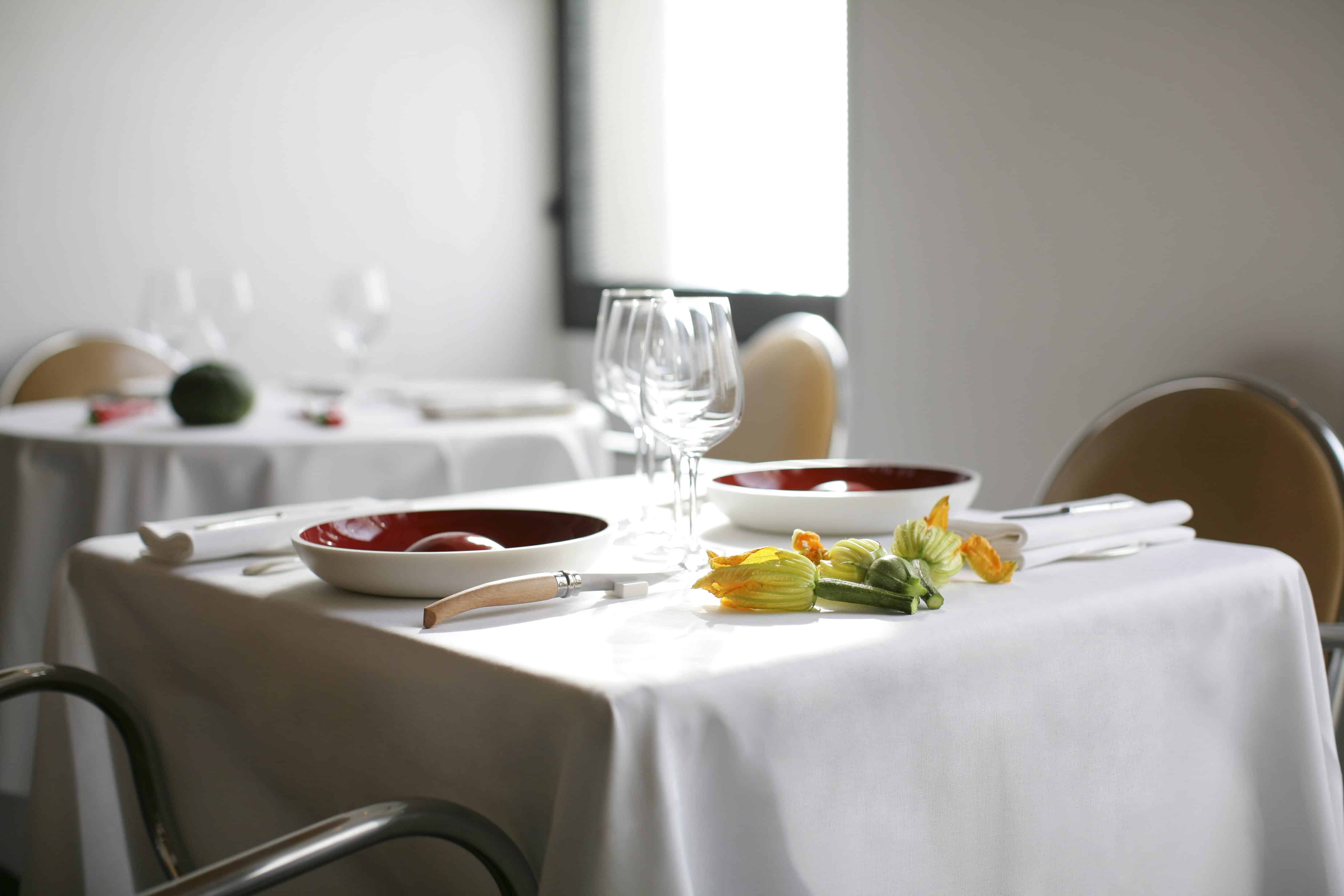 Alain Passard is one of the world’s most celebrated chefs. He has been awarded three Michelin stars 20 years in a row, he was ranked number 1 of the 100 Best Chefs in the World by Le Chef Magazine and last year he was awarded a Lifetime Achievement Award by the World’s 50 Best Restaurants. But that’s not why I am such a fan.

I love Alain Passard because of the way he loves vegetables. More than any other chef, he has turned them from mere afterthought and garnish into star and hero. In 2001, with the restaurant at the top of its game, he took meat off the menu. It was a radical move. But Passard’s outstanding skills and touch as a chef made for dishes that were expressive and innovative, even if they did eschew meat. According to everything I’ve read, seen and heard, Passard treats each vegetable as a character waiting to be coaxed to brilliance.

He has three farms near Paris, producing almost all the food served at Arpège. He even closes the restaurant at weekends so he can tend his gardens. Amazingly, Passard sometimes plants the same seeds at each farm and waits to see which works out best. French wine-makers speak of ‘terroir’ (like territory) affecting their wine; this chef can speak of the terroir as it works upon his beetroot, eggplant and carrot.

When vegetables make their way to the restaurant, Passard gathers them on a plate to make a raw ‘bouquet’, as though to ask the produce itself how it wishes to be served. His cooking is about inspiration and gentle coaxing, about relating to ingredients. It’s a philosophy that I love and admire. 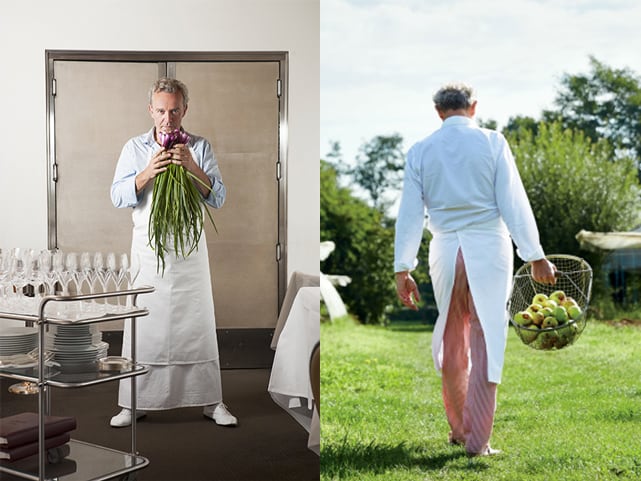 So when I heard that the very same celebrated French chef was coming to Tasmania to mentor apprentice chefs as they worked together to cook some very special meals, I knew I had to be there. And I was. And not only that, I was fortunate enough to sit down by myself with the charming Frenchman to have a nice long chat about produce, seasons and the art of cooking. (Apologies for my français, monsieur!)

The location was the picturesque Josef Chromy Wines and hats off to TasTAFE Drysdale and Tourism Tasmania for the amazing Great Chefs Series which lured Alain Passard to the island state.

Thanks to the lovely Arwen Genge for the photography below. 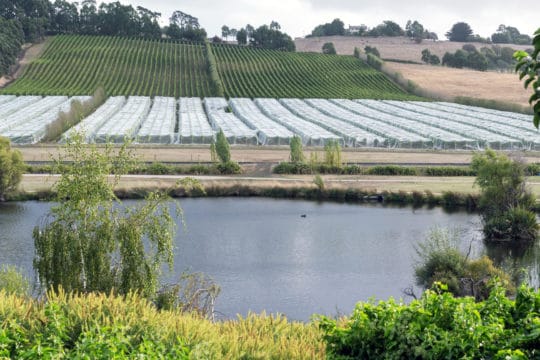 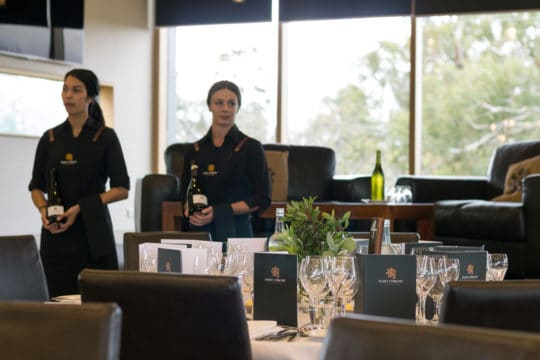 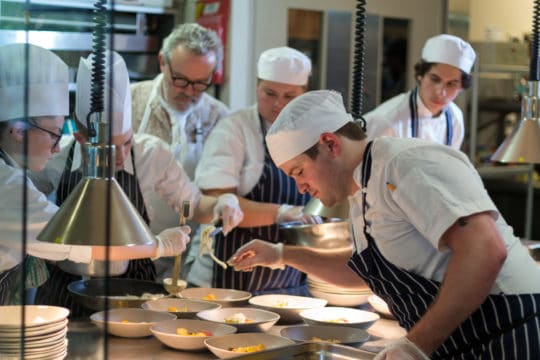 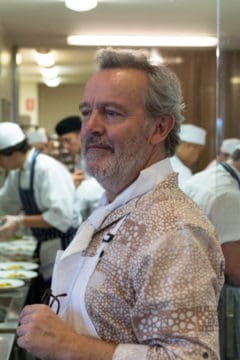 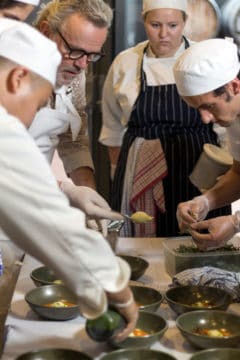 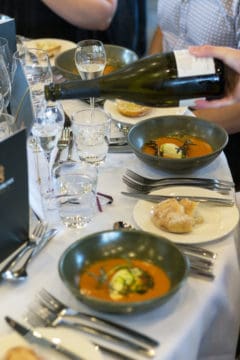 The lunch at Josef Chromy Wines was an opportunity for Passard to mentor and teach apprentice chefs from the local Drysdale TAFE. It was wonderful to watch the young chefs make the most of this incredible opportunity, and to eat Passard’s dishes made with Tasmanian produce. Oh – and guess what – I am still dreaming of Paris! 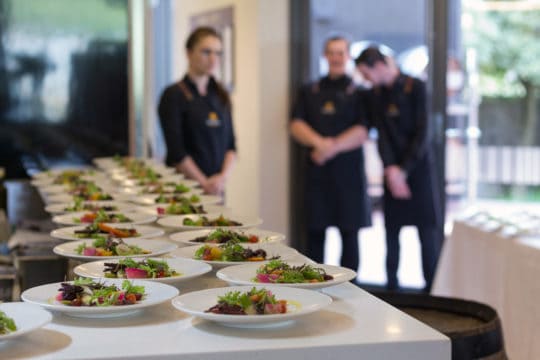