Meet Helen Goh, the Melbourne woman Ottolenghi is sweet on

Meet Helen Goh, the Melbourne woman Ottolenghi is sweet on

Helen Goh is behind many of the treats at Ottolenghi outlets in London. Photo: Supplied

For this baker and psychologist, creating cakes and easing troubled minds have much in common.

It was Ottolenghi’s first yo-yo that did it. Israeli-born, London-based chef Yotam Ottolenghi had never encountered the classic Australian biscuit, a double-layered melting moment with buttercream filling. One fateful day in 2006, recently arrived Melbourne recruit Helen Goh gently lamented that there were no biscuits among the patisserie cakes at Ottolenghi’s Islington cafe. A yo-yo or an Anzac and a cup of tea was exactly what she hankered for after a hard, hand-blistering shift chopping butternut pumpkins.

“He asked me to make him some,” says Goh. “I was a bit sheepish because they are so normal in Australia but he absolutely loved them. We started making them for the cafes and they sold really well.” Anzac biscuits followed soon after. “There’s something about Australian baking that is universally accessible and easy to enjoy.”

It was the genesis of an unusual collaboration which, 11 years later, has resulted in Ottolenghi and Goh co-authoring Sweet, his sixth book and her first. Along the way, Goh stopped chopping pumpkins and segued into a role as product developer, working mostly from home and, each Sunday, presenting armfuls of cakes and bakes to Ottolenghi at his house. “If he liked a cake, the recipe would be passed onto his chef, and if his chef liked it, it would be passed onto an external tester.” All being well, the recipe would end up in the cafes and now in the book.

Goh characterises herself as a traditionalist and Ottolenghi as an inveterate tweaker. “I like to perfect classic simple things,” she says. “I don’t like invention for its own sake. He is less bound by the traditional. He’s always saying, ‘What can we add?’ We call it Ottolenghifying something.” When he Ottolenghified Anzacs, adding sultanas and lemon zest, the response from the Antipodes was swift and outraged. Possibly to mollify, the version in Sweet is called “Anzac” biscuits (aka honey, oat and raisin cookies). “He cares less about making an Anzac than making a biscuit that tastes really, really good,” says Goh.

The really, really good is where the pair find common ground. “When we are both happy, we know we’re onto something,” she says. “It’s possible to overthink it: if you eat something and you like it and you want more of it, then it’s good.” Sometimes success is almost too simple. “One day I was rummaging in my bag and found a peanut biscuit I’d made for my son; I was munching it in the car. Yotam took it, tasted it, told me he loved it. I asked him what he wanted to do with it. ‘Nothing,’ he said.” The peanut sandies are in the book.

Goh was born in Malaysia and grew up in Australia. So did Ramael Scully, who co-authored Ottolenghi’s previous book, Nopi. Is there something about multicultural Australians and the big O? “Definitely,” says Goh. “Yotam is drawn to that, to anything exotic or different, and he’s willing to learn anything that he’s not familiar with.” There’s something undaunted in Australians that also appeals, she thinks. “Australians are very informed about food, we are exposed to ingredients and flavours from all over the world, but there’s also a can-do attitude that is priceless. We employ lots of Australian chefs – we snap them up.”

As for Australian baking prowess, Goh gives much credit to the Women’s Weeklystable of triple-tested recipes. “People can be anxious about baking: the time, the investment, the pressure of producing something for an occasion,” she says. “Reliability and accessibility is a hallmark of Women’s Weekly and they have trained generations of Australian bakers.” 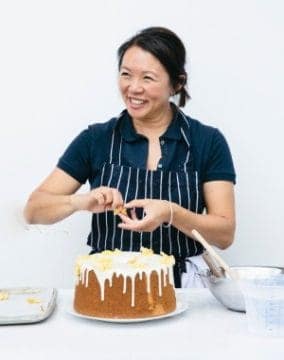 Sweet spot: Goh loves the ritual of baking and the conviviality of sharing cake. Photo: supplied

Sugar is viewed with no small suspicion these days but Goh believes there will always be a place for cake. “We hear this hysteria about sugar being the new cocaine,” she says. “Well, the book isn’t an antidote to all that but we are trying to reclaim the tradition of baking.”

Not only is it a key culinary art, it’s sweet ceremony. “It’s the ritual of baking, the conviviality of sharing a piece of cake with friends, it’s about gift-giving. I’m not saying eat cake every day or feed someone sugar and make them obese but I will say that baking is an accessible and delightful way to show your love for someone and we do want to reclaim that joy, not live in the fear.”

Goh, 51, started cooking almost by accident when, in the early 1990s, her boyfriend received a small redundancy payment and they spontaneously decided to open a cafe. At the time, she was a psychology graduate working as a rep for a pharmaceutical company, unenthusiastically selling pills to doctors. She put more energy into planning the lunch spreads for her clients than spruiking.

The tiny cafe, Mortar & Pestle, was on Auburn Road, Hawthorn, in Melbourne’s eastern suburbs. “It was sheer stupidity,” she says. “Neither of us had 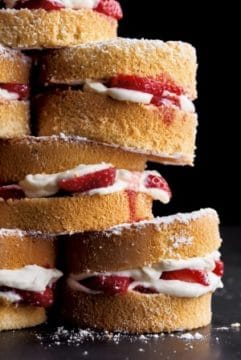 experience. We’d run out of money by the time we opened and I remember standing in the kitchen and thinking, ‘Oh f—, now I’ve got to cook.’ I bought books, I followed recipes, we worked 20-hour days, living above the store.” Business was OK but one Sunday she sat on a bench opposite her closed cafe, in her trackie dacks, on the verge of tears. “I was so tired and drained, I didn’t know how I was going to cook the next day,” she says.

Then a local shopkeeper ran up to her brandishing the Sunday Age. “My face was on the front of it and the title was ‘World’s Best Chocolate Cake’. The article by Geoff Slattery was a turning point – though not in terms of getting more sleep. “I would bake all night,” she says. “That cake takes quite a long time to cook. I would put it in the oven, set the alarm for 1½ hours, have a nap, make another batch and put them in the oven and have another nap.”

Stephanie Alexander’s fine dining restaurant was nearby and co-owner Dur-e Dara (also Malaysian-Australian) took Goh under her wing, bringing her across to her next restaurants, Nudel Bar in the city and Donovans in St Kilda, which Dara had a stake in. At that point, Goh was 33 but she felt insecure about her ad hoc cooking experience. “I wanted to go back to basics, to feel like I was trained,” she says.

She began an apprenticeship at Donovans in 1996, in the middle of the spring racing carnival. On her second day, the pastry chef did a runner. “They shoved me in there, to keep me out of the way, I think. It was ghastly. But I thought: there are recipes in pastry. I can read. I can follow instructions. It was hugely busy, awful, and I remember in my second week wondering how I could break an arm or a leg so I didn’t have to come back the next day.” She survived and, in the end, thrived. “My prime attribute was that I was prepared to work,” she says. “It was the best training ground.”

During seven years at Donovans, it became clear to Goh that she didn’t want to slog long hours in a kitchen forever so she began post-graduate psychology training. When she moved to London to be with her now husband, she paired her role at Ottolenghi with studying for a doctorate. In both cases, her employers were encouraging. 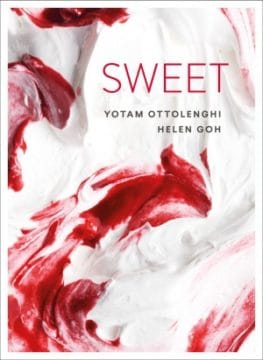 She doesn’t find it hard to connect psychology and baking. “I’m not necessarily a patient person but I like the idea of nailing something, of hitting the spot, resolving things. In psychology, I might help someone come to a place where something just makes sense. It’s the same with pastry. When the components come together and it feels right, it’s deeply satisfying.”

Members have access to the complete recipe library plus a new video and recipe every week. Dani Valent is the destination for everyone that wants to get more from their Thermomix. It’s like a TV channel full of Thermomix content!

The site follows on from Dani’s award-winning Thermomix cookbooks.

Read what people are saying about Dani Valent and read more about Dani on her personal site.

Don’t miss out on great recipes and fun videos: join here or purchase a gift voucher for that Thermo-lover in your life!