Christmas cooking quantities are cause of considerable consternation. Before the big day you’re asking, “Is this enough?” as you picture hungry great-aunts and hollow-legged teens looking askance at empty platters. Afterwards, you realise there was way too much food (just like there was last year and the year before that). Now, it’s all about what you do with the leftovers. Here are some ideas.

Luckily ham lasts for a few weeks if it’s treated right, that is, covered with a clean, damp vinegar-soaked cloth every time it’s removed from the refrigerator and carved afresh. Many butchers will give you a drawstring ham bag. Otherwise, you can use a pillowcase and have ham-infused dreams for the rest of the year.

Here are extra ham storage tips thanks to Otway Pork:

Ham sandwiches are the obvious leftovers solution but can get a bit boring. You can also add cubed ham to soups, omelettes, pasta dishes, potato salads and cold platters. I love this Red Capsicum Pithivier: Parmesan puff pastry is the buttery, flaky base for a tasty vegetable tart.

And when you seriously can’t look at it any more, cubed or shredded ham can be packaged into freezer bags for use throughout the coming months on homemade pizza. See also potatoes and pies, below. 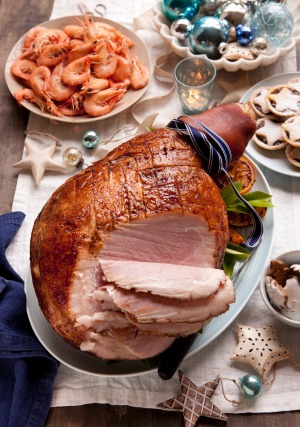 Leftover potatoes are a treat smashed into an eggy hash that also uses leftover ham, peas or other vegetables. Make it in a skillet that you can also put in the oven. Roughly chop potatoes and fry them in a generous amount of butter or olive oil, stirring frequently, until the potatoes catch and the edges start to crisp. Add cubed ham and get it a little crisp too, followed by the cooked vegetables. Add a handful of chopped parsley or other herbs, and maybe some sliced spring onions/shallots and stir them through. At this point you can make little wells in the mixture, break an egg into each hole and put the whole pan into a grill oven. Otherwise, do a quick version: lightly whisk a few eggs (with a dash of cream if you like) and stir them through the potato mixture until cooked. Season with salt and pepper and pile onto toast.

Leftover roasted onion, carrot, pumpkin, sweet potato and tomato can all be turned into dips, either separately or in combination. Use a food processor to blend vegetables with an equal quantity of cream cheese (or cashews and a little water if you want to go dairy-free). Check seasoning before serving. Vegetables can also be wrangled into lasagne.

The problem with turkey is that the meat can be dry even before it hits the Christmas table and it’s not going to be any more delicious on Boxing Day or beyond. The trick is to use it in moist dishes, such as grain salads with plenty of vinaigrette, quiches (turkey, asparagus and blue cheese are a good combination), in pies (see below) or added to soup. The turkey carcase can be used to make stock. Pick all meat from the bones and place the carcase in a large stock pot. Add a halved onion, a roughly chopped carrot, a roughly chopped stick of celery, a teaspoon of salt, a few peppercorns (add ginger, star anise, cinnamon and a dash of Shaoxing to take your stock in an Asian direction). Bring slowly to the boil, skimming scum from the surface and sides of pot as necessary. Gently simmer for an hour or so then allow to cool. Strain. Discard solids. Return stock to a clean saucepan to reduce further, if desired. Use within a few days or portion and freeze to use in place of chicken stock.

No, just eat them all on the day.

Just about anything works in a cous cous salad. Place instant cous cous in a large bowl and cover with a mixture of boiling water and orange juice. Leave for five minutes, then fluff it up and stir through chopped turkey, cranberries, and salad leaves. Leftover roast lamb takes on Middle Eastern flavours really well, so add chopped dates and a sprinkle of ground cumin and cinnamon. Crumble over some feta too. Substitute cous cous with quinoa, millet, barley, lentils or another favourite grain. 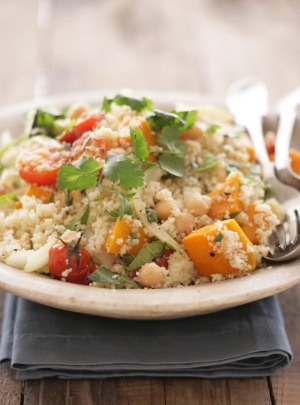 When in doubt, make a pie!

Turkey, ham, beef, peas and potatoes are begging to be wrapped in pastry and turned into pasties or pies. Make or buy shortcrust pastry, or use filo. Make a white sauce, flavour it with mustard or lemon zest, and stir the leftovers into it. Check for seasoning. Allow to cool. Encase cooled filling in pastry, either freeform or using pie moulds. Bake and eat warm or cool.

If you’re lucky enough to have berries left over, they can be used in a simple summer pudding along with leftover bread. Use panettone if you have it, or classic sliced white bread. If you’re a sourdough fan, you can still use it but expect a heavier pud. See this Neil Perry recipe.

Got any ingenious ways to create leftovers? Leave a tip in the comments below.