How does a Michelin-starred chef think about food? – Dani Valent

I had a long time to ponder this question over lunch at El Coq, the restaurant owned by the talented and dashing Michelin-starred chef Lorenzo Cogo. El Coq is in Vicenza, an hour or so from Venice, where I stayed for a week.

I’d met Lorenzo in Australia – he worked here at the amazing Vue de monde – and I was excited to see him in his home country, indeed in the province he was born, and where his father is a chef too. So, we’d arranged that I’d take the train up to his restaurant and we’d make a Thermomix video together. “Is it possible to have lunch in the restaurant before our afternoon video session?” I asked. “Of course,” he said. Yay! So, I caught the ferry to Venice station, hopped on the train and arrived hungry.

Uh oh. The restaurant wasn’t open for lunch that day. Except, he’d opened it. Just. For. Me.

So there I sat, alone in the beautiful and exceedingly peaceful dining room, as Lorenzo personally delivered dish after dish of incredible food. I don’t mind eating by myself. Years of work as a travel writer and restaurant critic have cured me of any solo-diner embarrassment. (Caveat: it wasn’t easy on a honeymooners’ island in the Caribbean.) However, eating in a restaurant that had been opened just for me would have been excruciating, if Lorenzo hadn’t been so hospitable and if the food wasn’t as transporting and wonderful.

So, I had my amazing lunch and then we made our video. Please enjoy Lorenzo’s Cherry Pasta because unfortunately you weren’t able to join me for lunch. Goodness knows, I would have loved your company! 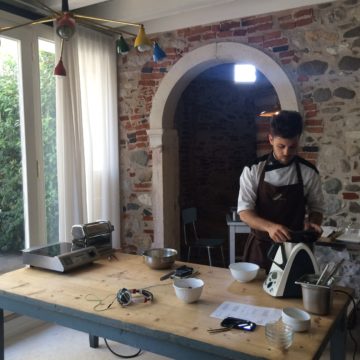 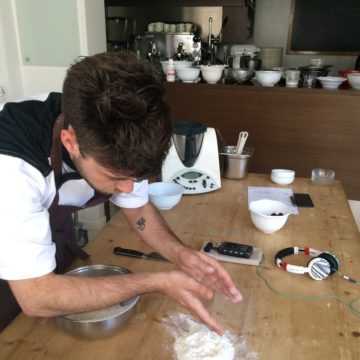 We set up our little TV studio in the restaurant foyer. 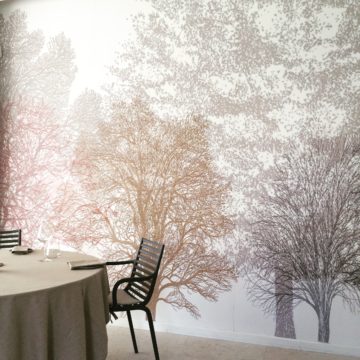 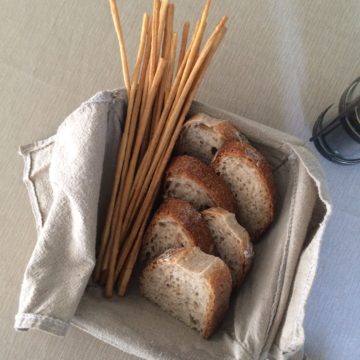 The peaceful (and underpopulated) dining room, and the house-baked bread. El Coq has actually moved sites since I was there…I think I better go back to check out the new premises, don’t you? 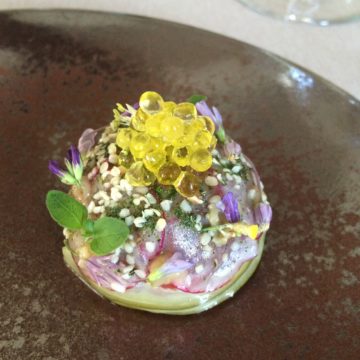 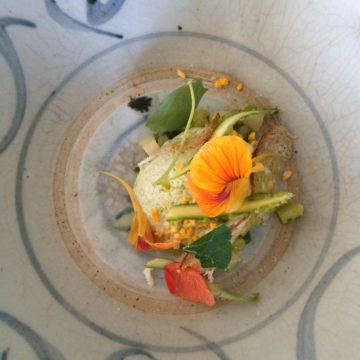 So how does a great chef think about food? Lorenzo’s approach is anchored in the seasonal ingredients around him and the desire to show them in a new light. He riffs on traditional Italian preparations such as pasta and slow-braising but he rethinks their composition and presentation. Hence, cherry pasta! 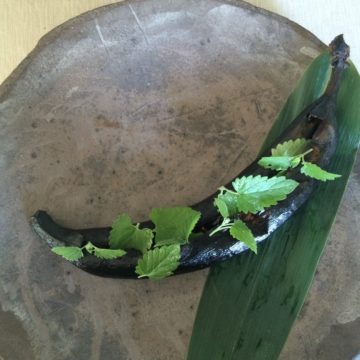 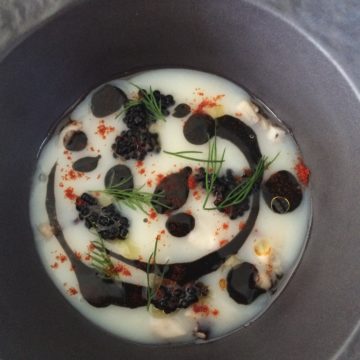 I love the way Lorenzo balances tricky and technical preparations with soulful honouring of ingredients: that’s why you’ll see a whole leaf or a flower next to a quirky sphere, for example. Unusually for an Italian chef, Lorenzo is very tapped into Asian flavours and ingredients and he incorporates them in sensitive ways. As you can see, his food is extremely visual but never at the expense of flavour and overall balance. 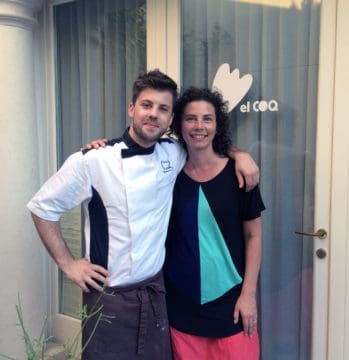 Thanks for having me and being so generous with your time, Lorenzo!

Want to hang out with more chefs like Lorenzo?

Subscribers have access to the complete recipe library plus a new video and recipe every week. Dani Valent Cooking is the destination for everyone that wants to get more from their Thermomix. It’s like a TV channel full of Thermomix content!

The site follows on from Dani’s award-winning Thermomix cookbooks.

Don’t miss out on great recipes and fun videos: subscribe or purchase a gift voucher for that Thermo-lover in your life!