The Magical Camping Trip We Take Every Summer – Dani Valent

The Magical Camping Trip We Take Every Summer

The Magical Camping Trip We Take Every Summer 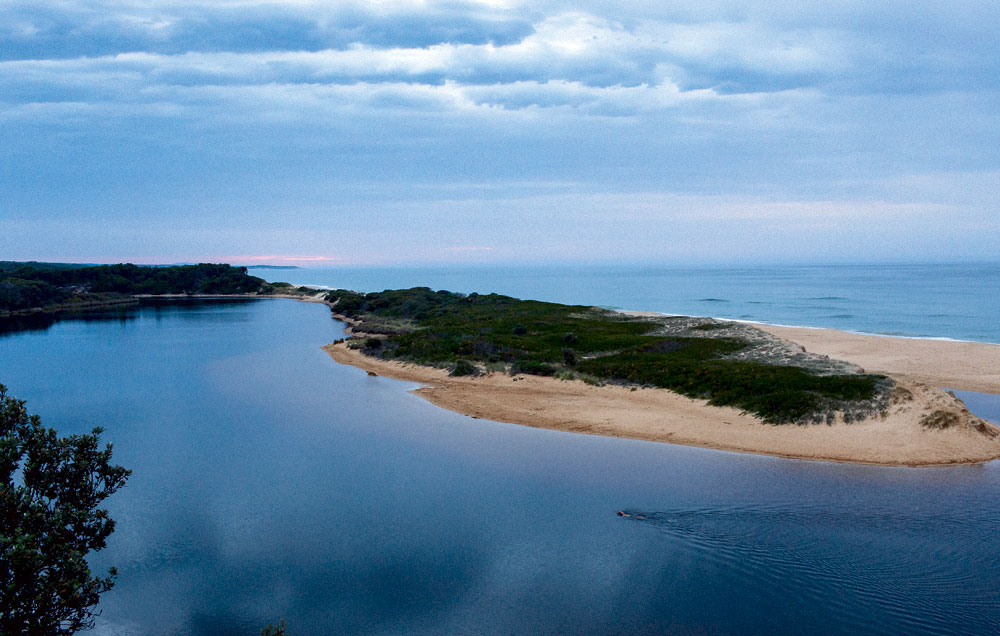 At Cape Conran, a campground on the remote southeastern coast of Victoria, Australia, banksia forest and tea-tree scrub tumble down sandy dunes to the broad, surf-smashed shore. I’ve been coming to this beautiful place every summer for more than a decade to spend two weeks with a handful of other families—old colleagues, people I’ve met through the kids’ schools, folks I see often, others I catch up with only here. Our numbers vary from as few as 18 to as many as 35 as babies are born, marriages break, and new friends are reeled in to our ragged paradise. I’ve been here pregnant. I’ve been here with small, scrubby toddlers, mosquito-bitten kindergarteners, and permanently bruised, bike-riding 8-year-olds. 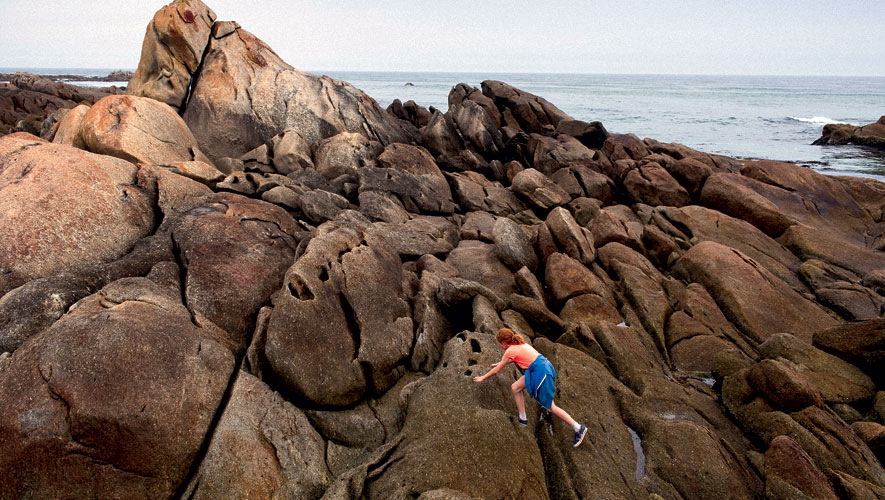 We camp under eucalyptus, on leaf litter and sticks, in tents and vans. It’s a magical fortnight, hard-won time out of time. Each day, we drag our surf gear and crosswords down to the beach or drive 5 minutes to an inlet that shape-shifts with the storms and the light. There are flush toilets but no power. Clothes we put away dirty on day three get pulled out on day 12 and look very clean. Our phones work only if we pedal bicycles to Sailors Grave, a shipwreck spot at the far end of the beach. Our minds slow down. We might laugh at the same joke for a whole day. It’s rough and stripped back, with one exception: we eat magnificently. 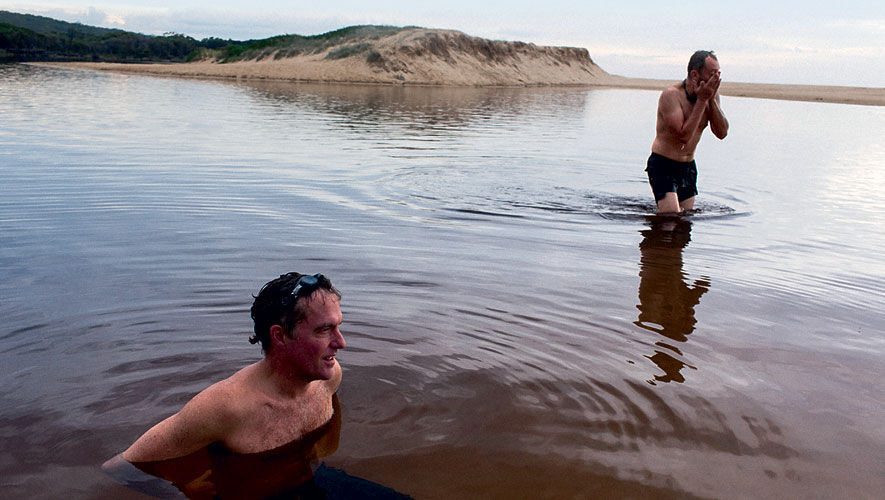 Some of us dive for abalone; go fishing; sweep up prawns, crabs, or clams in the shallows; or gather mussels and oysters at a rock shelf down the coast a ways. Local farmers do a round each Saturday, selling corn, onions, and potatoes. Favourite wines are brought from home, and a daily ice run allows for 6 o’clock cocktails on the rocks. Dinner prep is organised according to a roster and taken on with relish or reluctance, depending on the cooks. There are always willing hands on deck to help chop, hinder, advise, stir, and annoy. (The biggest fight I’ve ever had with my husband was over a Sichuan green-bean stir-fry here. Living communally is rich, but it can also be raw.) 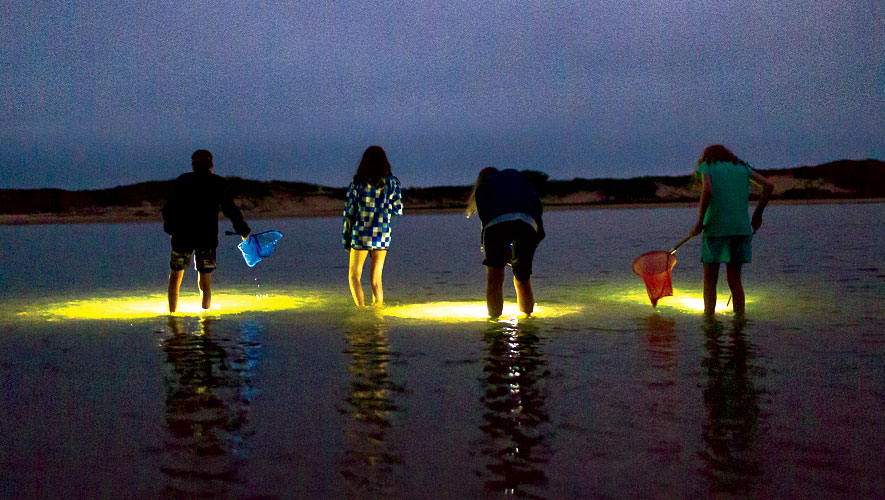 We have two gas stoves and a campfire. A few years ago, we all pitched in and bought a massive enamel paella pan that Drew and Jen use to make the iconic Spanish dish. When we’re not making paella, we use it for fry-ups, toast, pancakes, naan bread, and stir-fries. 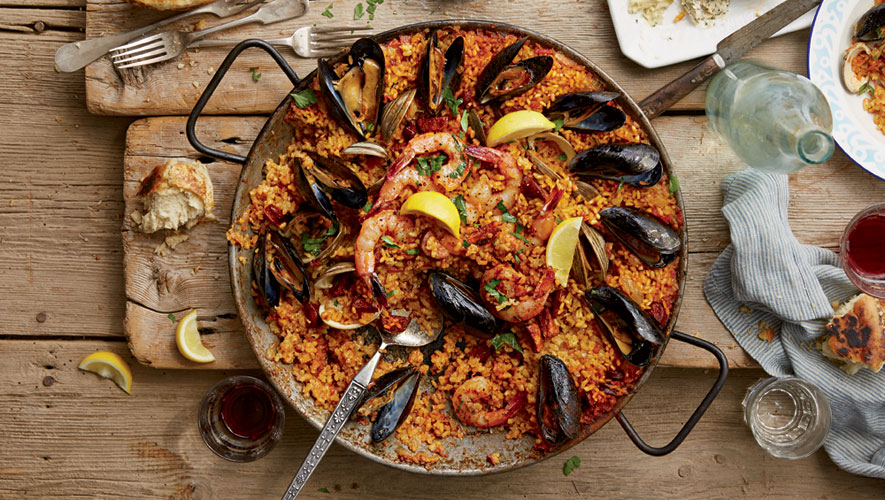 Some days the park imposes a total fire ban, so meals become a strategy game of leftover rice, dips into our damp sack of oysters, and lavish antipasto banquets from tins and jars. On nights when we have fire, we grill meat, roast corn, and toast marshmallows in the open flames while we sit around talking rubbish, drinking wine, and looking out for shooting stars. Katrina and Rory make a crusty campfire bread that we devour while it’s still steaming. The kids press the raw dough around sticks like little kebabs and cook it over the fire. This year, Annalisa and Colin brought meringues left over from a party at home—they’re so lightweight, there was no excuse not to pack them—so we put the kids on cream-whipping duty and had pavlovas topped with fresh berries for dessert. 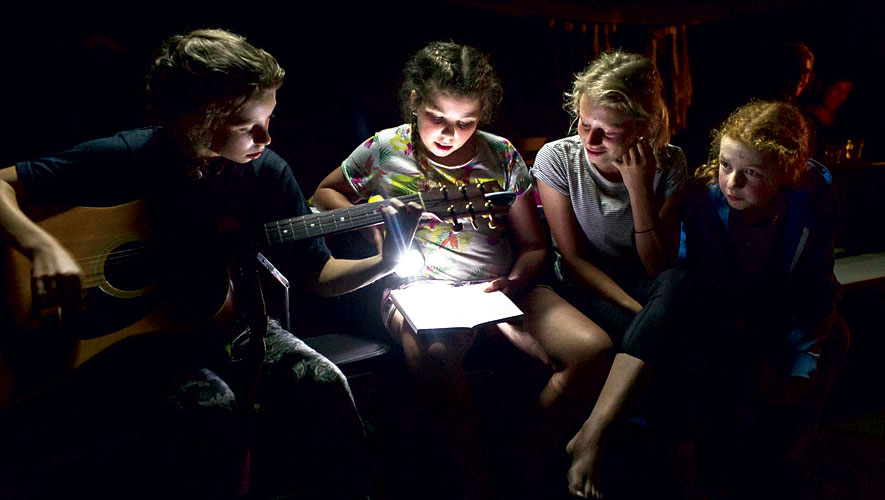 We gather to eat at trestle tables lined up under a huge tarpaulin (our “Tarp Mahal”) for shelter from sun and rain. When the kids were little, we often fed them early and cleaned them up for bed before grown-up dinner. Now we all eat together, yelling and toasting and wondering if it’s time to put on long socks and mosquito repellent and what the next wine might be. As we share a meal in the darkening air and light lanterns and swap surf stories and swat insects, we turn from sunscreen-slathered, sand-covered individuals into a blurred mélange of togetherness.